Party Robotics
Cocktails are lovely at a party, but it's such a pain to tend bar instead of enjoying the festivities instead of reveling with your guests. Wouldn't it be delightful if you had a robot to mix drinks for you?
Enter Bartendro™, the world's first cocktail-mixing robot.
This product was dreamed up by a couple of makers and launched via Kickstarter in 2011. The Kickstarter was so successful that they reached out for help assembling the bots. I spent several summery afternoons assembling and packing cocktail robots and feasting on cheap pizza.
I designed the brand and marketing materials, UI and directed the photo shoot (you can even see a bit of my arm in the background of the shot used in this ad). The final photo required significant post-processing to convey the mood and tone of the brand.
Logo Design and 404 Error Page Robot

User Interface Design
The Bartendro UI was designed using Bootstrap and created to be used on full-size and mini tablets. Clumsy fingers and slippery surfaces were taken into account during development, and the design underwent several enthusiastic rounds of user testing under real-party conditions before release. 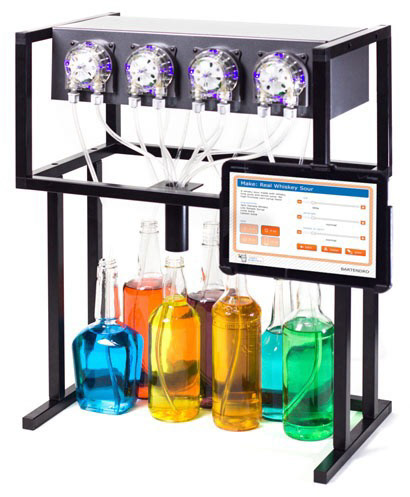 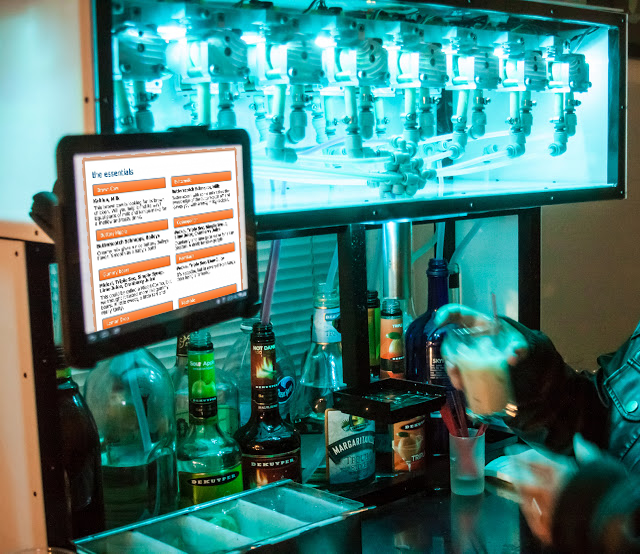 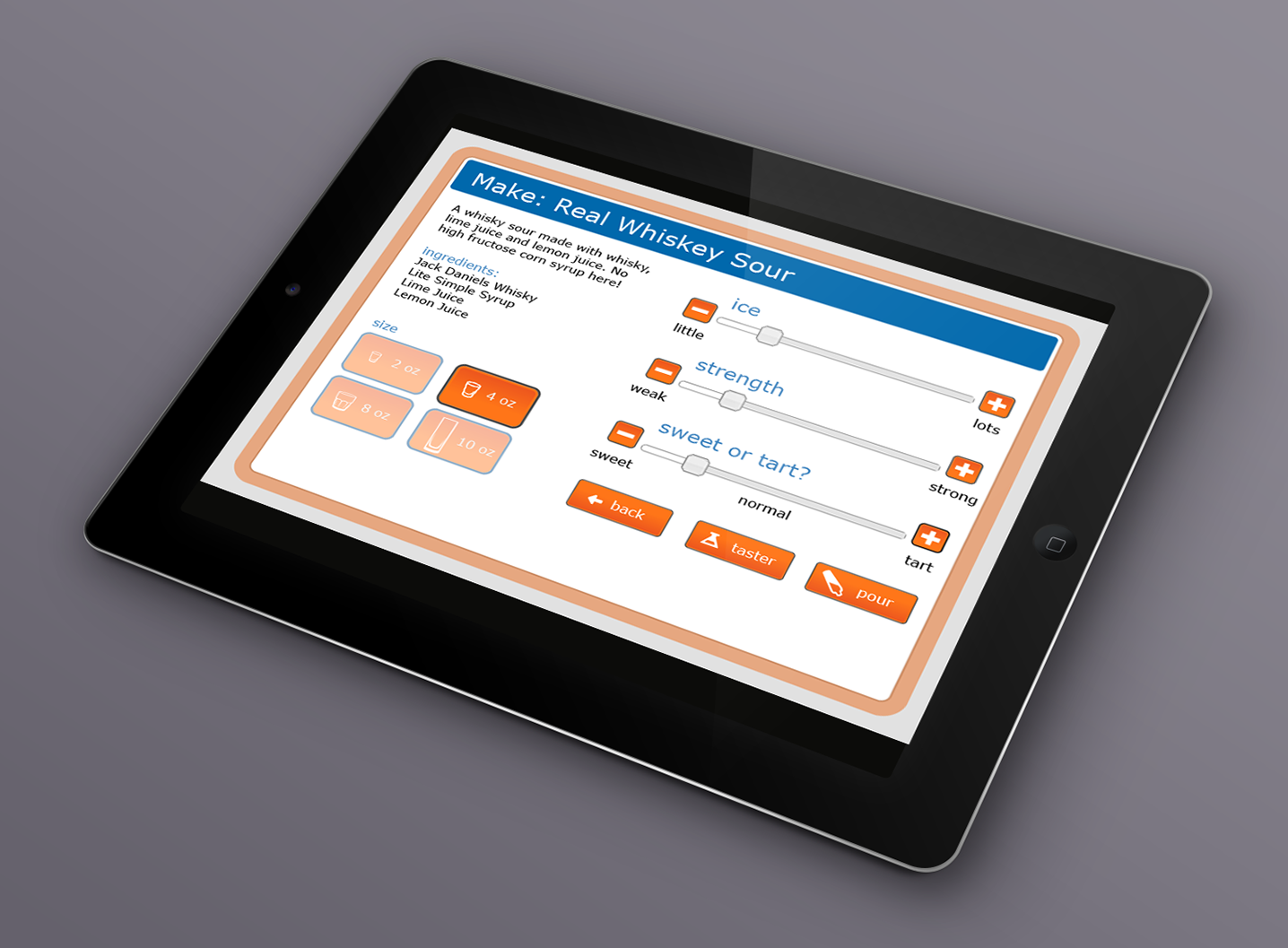